UNITED NATIONS, Jan. 17 (Xinhua) — The UN-marked armored vehicle which the head of a UN mission in Yemen was riding in was struck by gunfire on Thursday but all of the occupants are safe, said a UN spokesman.

“Gen. (Patrick) Cammaert, who chairs the RCC (Redeployment Coordination Committee), and his team had left a meeting of the government of Yemen RCC representatives (and) as they were leaving, one UN-marked armored vehicle sustained one round of small arms fire,” said Stephane Dujarric, spokesman for UN Secretary-General Antonio Guterres.

Patrick Cammaert, head of the UN Mission to support the Hodeidah Agreement, was also appointed by the United Nations as the head of the RCC which includes representatives from both Yemeni rival forces. The commission was established to support the implementation of the agreement on the city of Hodeidah and ports of Hodeidah, Salif and Ras Issa as set out in the Stockholm Agreement.

“The team returned to base without further incident,” Dujarric told reporters at a regular briefing. “We do not have information as to the source of the fire.”

“Gen. Cammaert and all members of his secretariat team are safe,” the spokesman said. “He has reiterated his appeal for calm and a strengthening of the cease-fire by all sides in the wider interest of all people in Yemen.”

Dujarric refused to go into details about security provided for the retired Dutch general and his team, but said, “We don’t send people to these kind of places without taking security precautions.”

“Everybody is safe and we would hope that all the parties respect the cease-fire for the benefit of all Yemeni people,” he added.

Pushed on the type of vehicle the general was riding in, Dujarric said, “I think all of us can kind of imagine what sort of vehicle one would want to drive in as they are driving through Hodeidah.”

Hodeidah is the site of Yemen’s strategic major Red Sea port and has been fought over in the four-year-old Yemen civil war.

Members of the RCC are charged with negotiating the redeployment of their forces from within the city itself and the port — as well as from two minor ports — so that humanitarian aid shipments can be received and safely distributed to millions of Yemenis on the edge of starvation.

Another Yemen bargaining session got under way in Jordan on Wednesday to work out details of a prisoner exchange between the Houthi rebels and the government of Yemen.

Head of UN commission in Yemen escapes from gunfire strike

US Embassy warns of ‘Imminent Attack’ in Tripoli

Denmark to Deport Four for the Attack on Turkish Embassy.

The top 10 crises the world should be watching for 2019 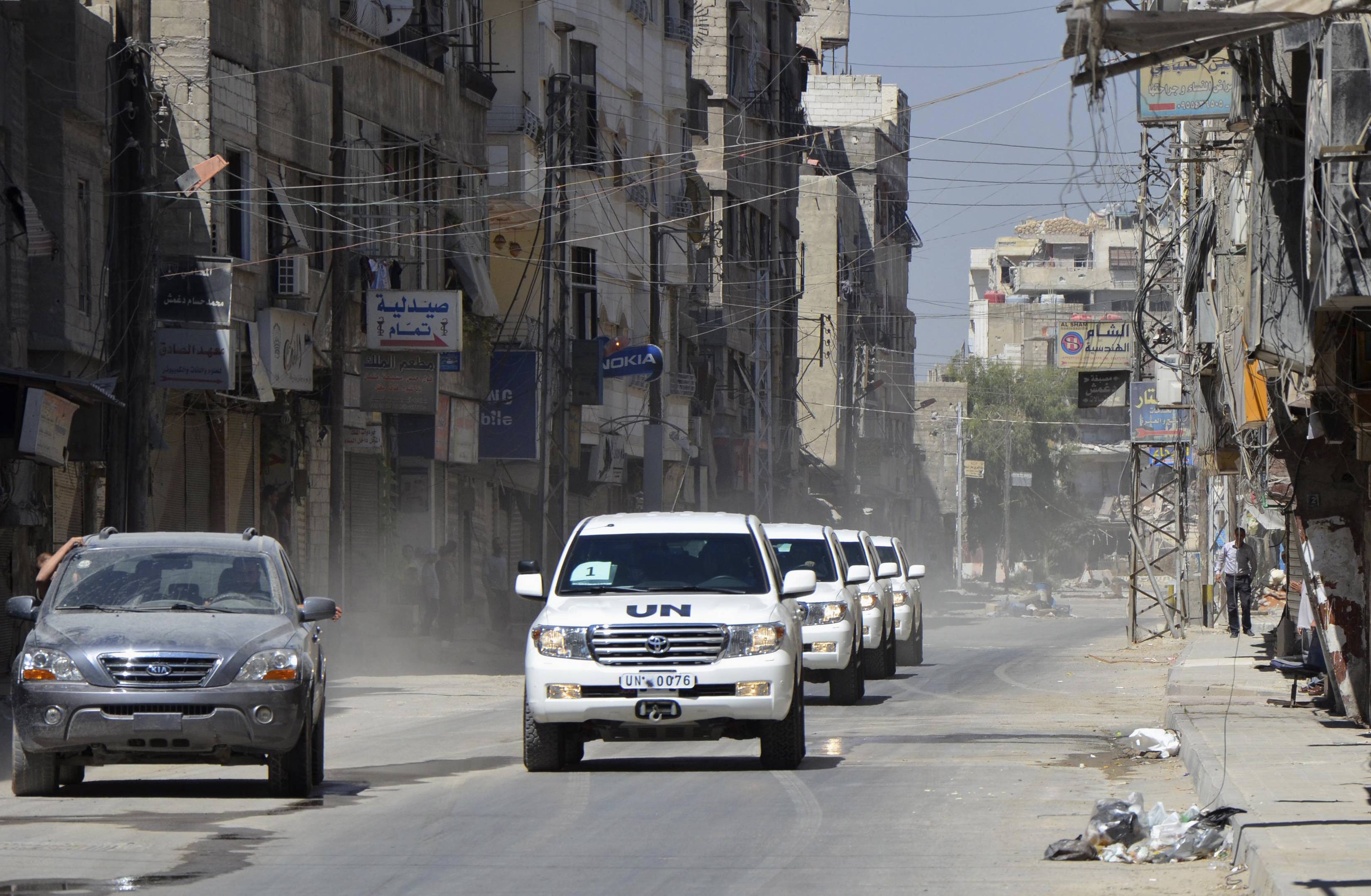